EDIT: This article has now become a TEDx talk. Check it out here

My friend Jen wanted to be an author. She was smart and had tons of ideas, but was never sure whether they would work out. None of them sounded like the book she knew she was smart enough to write. Her best.

Every so often, she’d remember her dream of publishing a book and feel guilty, but after trying for a few hours, days, or weeks, she would give up again.

It could have gone on for her whole life too, but one day, Jen decided to do something that went completely against her high-achiever nature. She wrote a book without editing it, without page numbers, and without chapter titles at all. It took 4 weeks.

It was as close to imperfect as she could make it.

But, she made it. She finished the book. After 22 years of wanting to be a published author, she actually was one, even if her book was imperfect: 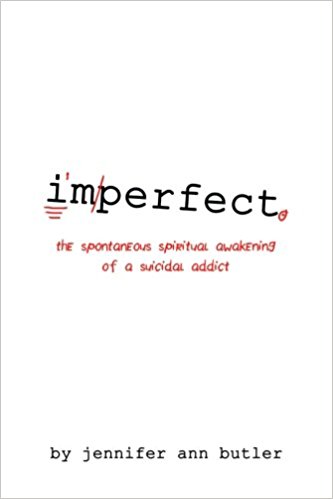 Once her book was done, the floodgates opened. Now that she had created something, the rest seemed easy. She had always wanted to paint, so she painted the worst painting she could. Today, she paints, doodles, and writes regularly, and gets paid for it.

I loved talking to Jen. She was able to help me understand why so many of my creative projects had stalled in the past. I’d get an idea to do something, but be worried I didn’t have the experience, time, or my idea wasn’t going to work out.

I wanted to be proud of my accomplishment, have people love it, or maybe even make some money. That couldn’t happen if I didn’t do my best work at every step of the way. If I was going to put effort into something, I wanted to work on the right thing.

What ended up happening was…nothing.

The more I researched and talked to entrepreneurs and creatives, the more I realized that Jen was on to something. Although “do your best” is great advice once you’ve already started, to get started in the first place it’s often better to do your worst.

Doing something bad is faster at first, sure, but there’s a body of evidence that show’s creating something imperfect – doing “our worst” – also leads to a better end result.

Here’s why it works.

Let’s imagine you’re getting into pottery. But, because you’re a perfectionist, you want to make the best damn clay pot anyone’s ever seen.

You have 2 choices – spend as much time planning and designing the best pot you can, or, start furiously making as many pots as possible with no regard for quality.

As it turns out, someone (probably a very bored pottery enthusiast) tested it – half of a class was told that their grade would be based on the quality of one pot. The other half of the class was told they would not be graded on quality at all, but rather, on the number of pots that they created1.

As you’d expect, the “quantity” group produced far more pots. Their first pot sucked and took almost no time to create. But they also produced the best pots by the end of the class. Their rapid iteration allowed them to learn far faster than the group that spent the same amount of time planning. They didn’t need to be instructed to get better over time, they did that on their own.

This is also the ethos for tech companies, who are infamous for starting out with scrappy products and adapting quickly.

Tech companies know that releasing early and often is the fastest path to a massive success.

The shortcut to doing your best work is to first do your worst, and do it early and often.

But, it’s not just about iterating a lot, they make sure they show imperfect versions to their target users, because…

Polished implies certainty. Certainty is the enemy of feedback.

As part of The Maker’s Journey podcast, I interviewed Travis of Façade Games about how he and his wife create board games that have raised hundreds of thousands of dollars on Kickstarter.

Each game is play-tested hundreds of times before it is shipped to ensure the game is fun to play, appropriately addictive, and takes long enough to play but not too long. For playtesting, they use simple paper cards printed on their home computer.

They don’t do this to save time and money. They intentionally play-test an ugly version of the game so that testers ignore the look and feel, and instead, focus their feedback on the gameplay.

If they made everything look as good as possible, people would assume they were more certain on the gameplay, and their feedback (and quality of the game) would suffer.

By asking for feedback, they also allowed their friends to contribute to the success of the game. Their early playtesters became some of the loudest fans for their work because they’d helped create it. To date, they have sold $1 million in board games.

But, you may not love the tedious process of getting better in every field. It’s best to figure out what you love as quickly as possible, because…

It’s tempting to want the result of creating. Aspire to win an Oscar, write a New York Times bestselling book, or start a company that makes you a billionaire so you can finally date Emma Stone.

But these results only come after years of work, if they happen at all.

You’ll most certainly suck at first with anything you try. Most things you’ll hate sucking at, But for some things, you will thoroughly enjoy sucking. You’ll be energized by the grind.

The critical question is not what you’d like to be rewarded for, but how you want to suffer. All creation is awkward. After all, it’s never been done before in exactly this way, at least by you. Learning is hard too.

Find the type of creativity you love to suck at.

Once you do, you may realize you never need to make it better. After all…

Imperfect is unique. Unique is desirable.

There’s a tattoo artist in Brazil who’s known as a terrible artist. Strangely, this quality is what makes her sought after. She has over 41k followers and a thriving tattoo business. People flock to her because they’re tired of tattoos that look like everyone else.

There’s a risk that your quest for “best” will regress to “the same as everyone else”. Is that really what you want?

But how do you figure out what to do and how to do it?

Here’s what happens when you do your worst

In summer of 2016, I was on a plane listening to The Tim Ferriss show, and thought “I bet I can start a podcast too”. I didn’t aim to get famous, but I also figured a podcast would be a great way to grow my network (I could reach out to people to ask if they wanted to “be interviewed”), get better at asking questions and driving a conversation in an interesting way, and removing verbal tics and filler words (“like”, “um”).

I liked talking to people that had created things, so I figured I’d make a podcast where I could learn from what they have done. This way, even if nobody listened to the podcast, I still got plenty of benefits from creating it.

I’d never interviewed anyone before and never produced or edited audio but I assumed I could figure all that out.

The first few interviews were with people I already knew, and after each, I asked them to recommend others I should talk to. This, by the way, is exactly how Tim Ferriss started (but he had a bit more money to spend on a logo and friends that were a bit more famous).

I brainstormed a few names, asked my friends to vote for their favorite, and paid a freelancer from Upwork $50 to make me a logo… remember my design skills from above? When I recorded the first few interviews I didn’t even have a name for my podcast.

I hate networking and reaching out to people but inviting people on my podcast for an interview was much easier for me. Interview after interview, my network grew. My guests and friends knew other interesting people I should talk to, and after spending an hour interviewing each, they trusted me enough to recommend their friends.

I noticed my speaking and interviewing was getting better as well. I cringed when I heard myself use too many filler words (check out my first episode for an example) but that allowed me to be aware and try to fix it. I even heard from close friends that told me they liked my interview style.

Did my podcast make it big? Nope. Did I make any money from sponsorships? No.

Instead, I got a ton of benefits I didn’t even expect.

I learned how they had created hostels in Indonesia, coffee roasteries with a popcorn maker, fashion shows, rap songs, renegade museum tours, and theatre companies. I learned how scrappy and messy the whole process was for them at the start too. I learned how utterly unqualified many of them were when they began (just like me, with zero interviewing or audio experience).

My dating life improved (having a cool project you’re working on is attractive, it turns out), my speaking became concise, and I was opened to a variety of ideas I wouldn’t have otherwise considered (like the concept for this article which is a result of insights from many of my guests).

Every other time I’ve created something I’ve had similar experiences – creating things is a magnet for new connections (like the guests on my podcast, top influencers, and TEDx speakers), learning (like the Android app I figured out how to make), and opportunities (like getting to have lunch at the UK Houses of Parliament in London with a local politician).

If you’ve always wanted to meet certain types of people, learn a given skill, or get opportunities in a given industry, I’ve found that creating things is the best way to get there, and the first step is far messier than you expect, but…that’s a good thing.

Rush your first version. Make sure it’s embarrassing. Do your worst.

It’s counterintuitive, and it works.